Home › About Us › Leadership Team › Operations 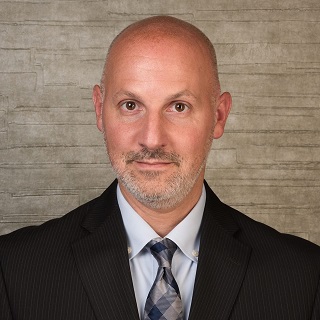 Scott joined Emerald in 2006 bringing with him 20+ years of hospitality experience.  Much of his past experience was with Marriott International where he was entrusted with the opening, reconstructing and operations of multiple corporate managed properties.  Scott and his teams were awarded numerous quality awards including Hotel of the Year, Platinum and Gold awards for Guest Service and Associate Leadership Awards.

His experience and training has enabled Emerald to recruit and mentor enthusiastic management personnel.  He and his team of Managers have been awarded numerous Quality Assurance Awards including the prestigious Lighthouse & Circle of Excellence Awards presented by the Hampton Brand.

In his current role as Senior Vice President, Scott draws upon his past learning’s to support the Regional Directors of Operations.  His creation of a “Peak Performance” Award has provided a balanced score card approach to service, cleanliness, revenue generation and profitability.  It recognizes the hotel teams exceeding the standards set both by Emerald and by their respective brands.  Ultimately, the result is a superior guest experience yielding positive returns to the owners & investors.

With over 18 years of hospitality experience, Josh has held many different roles in the hotel and food and beverage industries including General Manager of brands like Hampton Inn by Hilton, Hilton Garden Inn and Residence Inn by Marriott.  His career with Emerald Hospitality began in 2006.  Josh’s properties have consistently operated among the top in their respective brands and have won awards including consistent high Quality Assurance Performance, Circle of Excellence, Lighthouse Award, and multiple Hotel Success Awards.  As well, he received the prestigious General Manager of the Year Merit Award from the Hilton Garden Inn brand.  In early 2014 Josh was promoted to Area General Manager, overseeing multiple Hilton and Marriott properties between Maine and Massachusetts.  In his current role as Regional Director, Josh supports a diverse region of full and focused service hotels within New England and beyond.  Working closely with the General Managers, Josh’s focused approach helps the hotels to reach peak performance through maximizing profitability while cultivating a positive team culture with a very guest focused environment.  Josh’s hotels continue to rank very highly within their respective brands. 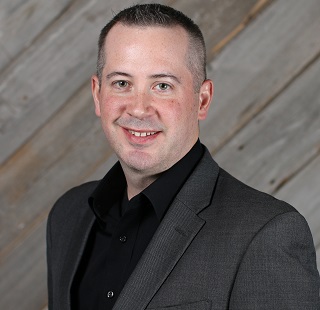 Before joining Emerald, Charles spent over a decade of his career holding various leadership roles at Hilton. As a Director of Brand Performance Support, he led a regional team and directed consultative support efforts across a portfolio of 140+ hotels across 13 states and two countries. In that role, he worked with hotel owners, management companies, and property-level team members to develop and implement successful and measurable initiatives that drove revenue, encouraged loyalty, and increased profitability. For over 20 years, he has been serving the hotel industry and has experience with new construction projects, brand conversions, and property renovations. His background spans across ten unique brands, as well as independent hotels.

In his current role as Regional Director of Operations, Charles works with general managers and property teams to provide the best possible experience for our guests and team members while trying to achieve revenue and profitability goals. A proven leader at driving performance, Charles is working at his best when he is building engaged teams and helping others achieve peak performance.

With 25 years in the hotel industry, Gary is one of the hotel industry’s best mentors and teachers of young management personnel. Previously a Regional Manager overseeing Radisson Inn properties in Northeast Ohio, Gary also served as General Manager for a wide range of financially successful properties including Radisson Inns, Holiday Inns and Helmsley Hotels. Gary’s hotels achieved various quality awards including the Radisson Hotels President’s Award for ten straight years and the Holiday Inn’s Quality of Excellence Award. In addition to his many years as a General Manager, Gary’s previous positions include Chef, Food and Beverage Director, Front Office Manager and manager of a free standing restaurant.